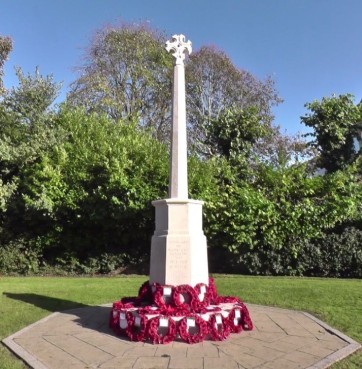 Today’s blog comes to us from James Crouch of the Banstead War Memorial Project. James’ work featured on the blog just after Christmas and we are pleased to have found additional cross-overs between our work. James contacted us having recognised the faces of two brothers among our Flickr feed. Using Flickr as a platform for displaying our digitised images is something that we have always intended might lead to increased public interaction and encourage people to get involved in helping us identifying the collection. However it is not until very recently that this has begun to pay dividends. We now regularly receive updates on our sitters from a small number of interested individuals and we would encourage anyone else with an interest in genealogical research to get involved.It is very easy to comment on the images on our Flickr feed by creating a Flickr account, or if you prefer not to create an account, you can always email information directly to abby.matthews@sutton.gov.uk

Today’s subjects are the Davis brothers of Banstead whom we would not necessarily have realised were related to each other had James not come forward. Many thanks to Lewis Wood and James Crouch (Banstead History Research Group) for the research and writing of this piece.

The photo on the left is Frederick George Davis, a Banstead WW1 casualty. Fred attended Sutton Grammar School and is on their memorial. The right-hand photo  is Fred’s brother, Leonard Arthur Davis, who became a sergeant in the Royal Field Artillery and served in France. He survived the war. 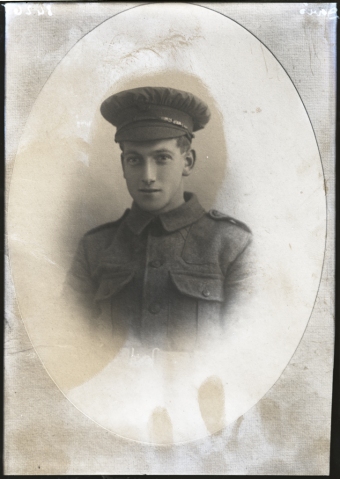 Frederick George Davis, Photographed in around Sept 1915 by Knights-Whittome 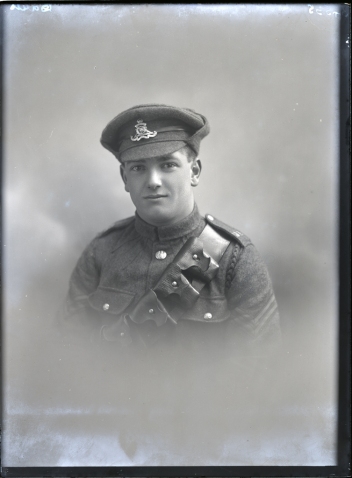 Corporal Leonard Arthur Davis, Photographed in around Mar 1916 by Knights-Whittome

Fred’s story:
Frederick George Davis, known as Fred, was born in mid-1894, the son of Frederick and Ellen Davis of Park Road Cottage, Park Road, Banstead. At the time, half of the town’s population were literally out of their minds and in the London County Lunatic Asylum on Banstead Downs and many local men were employed there as asylum attendants, including Frederick senior, who worked as a night attendant from April 1893 onwards. Frederick senior married Eleanor “Ellen” Couchman, a widow, at All Saints, Banstead, on 19th March 1894. Ellen had at least four children already, the younger two of which took Frederick’s surname and came to live in Park Road. One of the elder boys, Charles Couchman, kept his father’s name and left home; he is also one of Banstead’s WW1 casualties and will be commemorated in 2017. Frederick and Ellen had two sons together, Frederick (born 1894) and Leonard (born 1897).

Both boys were baptised at All Saints, Banstead, Fred on 29th August 1894 and Leonard on 4th November 1897. As a young boy, Fred was in the church choir with another Banstead casualty, Jack Bailey. Fred was probably educated at Banstead Village School (the School’s admissions register has not survived) and won a scholarship to the Sutton County Grammar School in the May 1904 examinations. The scholarship covered three years’ tuition fees, books, a daily lunch and railway fares. Fred attended the School between 1905 and 1911, leaving aged 16.

The family had been living in the older part of the village but by 1910 they had moved up to Jeypore, a detached villa which is now number 56, Ferndale Road. Ferndale, Diceland and Lyme Regis Road were mostly new houses built since the 1890s and building was still going on when the Davises arrived. These were smart new houses for tradesmen, gardeners, asylum workers, policemen and the emerging commuter class, built in a variety of styles by several different builders and intriguingly named by their new owners. The Davises had moved a few houses away from the Brighton Road end to Alton (number 38) by 1913 and then around the corner to Dalra Doon (also known as “Dehra Doon”, named for Dehradun in India, the house was renamed to “Lorna Doone” in 1927 and is now number 10) in Lyme Regis Road, by 1915.

One of the Top Panels on Banstead War Memorial showing Fred’s name. Image courtesy of: http://www.bansteadhistory.com/War_Memorial_feature.html

With thanks to Lewis Wood and James Crouch (Banstead History Research Group).